For a while now, the term “race” has been a topic of heated debate among the TTRPG community. Not just D&D, but other gaming franchises have also looked at moving away from using the term due to many real-world social issues. The Unearthed Arcana playtest released December 1st, 2022 introduces WotC’s plan for addressing this issue moving forward. In addition to removing the term ‘race’ from the game and replacing it with the term ‘species’, The new One D&D playtest also gives us the first look at Wizards of the Coast’s changes to the Cleric class and introduces a handful of rules changes. We’re almost finished with reviewing this UA release so let’s get to it!

This third and final review focuses on the Rules Glossary section of the new playtest document. For my reviews of the rest of this release, check out One D&D Cleric and Revised Species: Cleric Class and Feats, and One D&D Cleric and Revised Species: Species. In this Unearthed Arcana, we see a number of additions to the Rules Glossary, most centered around magic and most of them being new versions of old spells. As with the other reviews, I’ll focus primarily on the changes introduced in these new rules, comparing them to their original versions, and any updates they may have seen since being introduced in previous One D&D playtests. If you want to see the entirety of the new rules glossary, there is a link to the original document at the bottom of this page. 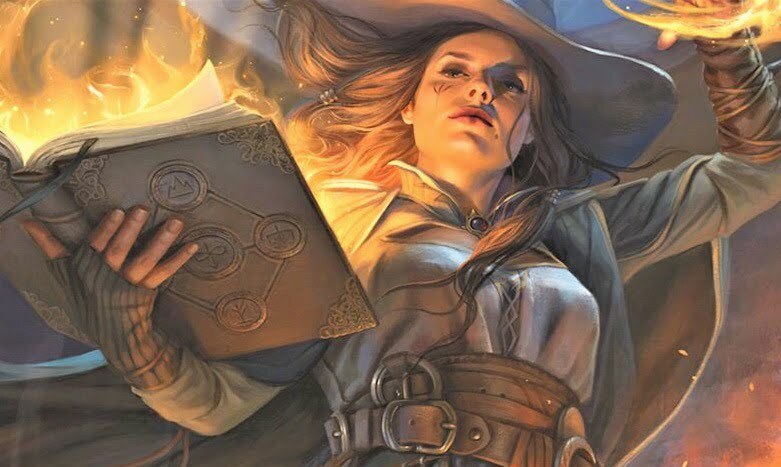 WotC has added a nifty little sidebar in the Rules Glossary section for a change log. This allows you to see what items in the glossary are new additions or feature changes from previous entries. This will come in very handy when trying to see exactly what’s new since the last release.

This is a new version of the Aid Spell

2nd-Level Abjuration Spell (Divine)
Casting Time: Action
Range: 30 feet
Components: V, S, M (a tiny strip of white cloth)
Duration: Instantaneous
Your spell bolsters creatures, filling them with resolve. Choose up to six creatures within range. Each target gains 5 Temporary Hit Points.
At Higher Levels. When you cast this spell using a spell slot of 3rd level or higher, the number of Temporary Hit Points increases by 5 for each slot level above 2nd.

When you take the Attack action, you can make one attack with a weapon or an unarmed strike.

You can equip or unequip one weapon before or after each attack you make as part of this action, even if the attack is with an Unarmed Strike

If you move on your turn, you can use some or all of that movement to move between the attacks of this action if you have a feature, such as Extra Attack, that gives you more than one attack as part of the Attack action.

4th-Level Abjuration Spell (Arcane, Divine)
Casting Time: Action
Range: 30 feet
Components: V, S, M (an item distasteful to the target)
Duration: Concentration, up to 1 minute
You attempt to send one creature that you can see within range to another plane of existence. The target must succeed on a Charisma saving throw or be transported to a harmless demiplane for the duration. The target can willingly fail the save.
While in the demiplane, the target is Incapacitated. At the end of each of its turns, the target can repeat the save, ending the spell on itself on a success. When the spell ends on the target, it reappears in the space it left or in the nearest unoccupied space if that space is occupied.
If the spell lasts on the target for 1 minute and the target is an Aberration, a Celestial, an Elemental, a Fey, or a Fiend, the target doesn’t return. It is instead transported to a random location on a plane associated with its creature type.
At Higher Levels. When you cast this Spell using a Spell Slot of 5th level or higher, you can target one additional creature for each slot level above 4th.

While Grappled, you experience the following
effects:

Speed 0. Your speed is 0 and can’t change.
Attacks Affected. You have disadvantage on attack rolls against any target other than the grappler.
Movable. The grappler can drag or carry you when it moves, but the grappler suffers the Slowed condition while moving, unless you are Tiny or two or more Sizes smaller than the grappler.
Escape. While Grappled, you can make a Dexterity or Strength saving throw against the
grapple’s escape DC at the end of each of your turns, ending the condition on yourself on a
success. The condition also ends if the grappler is Incapacitated or if something removes you from the grapple’s range.

This is a new version of the Guidance spell.

0-Level Divination Spell (Divine, Primal)
Casting Time: Reaction, which you take in response to you or an ally within 10 feet of you failing an ability check
Range: 10 feet
Component: V, S
Duration: Instantaneous
You channel magical insight to the creature who failed the ability check. That creature can roll a d4 and add the number rolled to the check, potentially turning it into a success.

With the Influence action, you can try to influence another creature to do one thing or course of action that you request or demand.

This Action can be used only on creatures controlled by the DM, and it isn’t mind control; it can’t force a creature to do something that is counter to the creature’s alignment or that is
otherwise repugnant to the creature.

This Action has three main parts: Attitude, interaction, and a Charisma Check.

A creature’s attitude determines how a character can influence that creature. Each DM-controlled creature has one of the following attitudes toward the player characters:

Indifferent. This is the default Attitude for DM-controlled creatures. An Indifferent creature might help or hinder the party, depending on what the creature sees as most beneficial. A creature’s indifference doesn’t necessarily make it standoffish or disinterested. Indifferent creatures might be polite and genial, surly and irritable, or anything in between. A successful Charisma check is usually necessary when the adventurers try to influence an indifferent creature to do something.

Similarly, if the interaction is particularly irksome to the creature, the DM might temporarily shift a friendly creature to indifferent or an indifferent creature to hostile.

Choosing a Skill. The Influence Skills table suggests which skills are applicable when you
make the Charisma check, depending on the interaction that precedes the roll.

Setting the DC. The minimum DC for the check is 15 or the creature’s Intelligence score, whichever is higher

Outcome. If your check succeeds, the creature does as asked. If your check fails, you must wait to make the same request again. The default wait time is 24 hours, which the DM may shorten or extend depending on the circumstances.

A long rest is a period of extended downtime—at least 8 hours long—available to any creature. During a long rest, you sleep for at least 6 hours and perform no more than 2 hours of light activity, such as reading, talking, eating, or standing watch.

Benefits of the Rest

To start a Long Rest, you must have at least 1 hit point. When you finish the rest, you gain the following benefits:

After you finish a Long Rest, you must wait at least 16 hours before starting another one.

A Long Rest is stopped by the following interruptions:

If the rest was at least 1 hour long before the interruption, you gain the benefits of a short rest. You can resume a Long Rest immediately after an interruption. If you do so, the rest requires 1 additional hour to finish per interruption.

When you take the Magic action, you cast a spell that has a casting time of an Action, or you use a feature or a magic item that requires a magic action to be activated.

If you cast a spell that has a casting time of 1 minute or longer, you must take the Magic action on each turn of that casting, and you must maintain concentration while you do so. If your concentration is broken, the spell fails, but you don’t expend a Spell Slot.

This is a new version of the Prayer of Healing spell.

2nd-Level Abjuration Spell (Divine)
Casting Time: 10 minutes
Range: 30 feet
Component: V
Duration: Instantaneous
You utter an extended prayer of restoration. Choose a number of willing creatures equal to your spellcasting ability modifier (minimum of 1). Each of those creatures who remains within range for the spell’s entire casting gains the benefits of a short rest and also regains 2d8 hit points, and a creature can’t be affected by this spell again until that creature finishes a long rest.
At Higher Levels. When you cast this Spell using a spell slot of 3rd level or higher, the healing increases by 1d8 for each slot above 2nd.

This is a new version of the Resistance spell.

0-Level Abjuration Spell (Divine, Primal)
Casting Time: Reaction, which you take in response to you or an ally within 10 feet of you failing a Saving Throw
Range: 10 feet
Component: V, S
Duration: Instantaneous
You channel magical protection to the creature who failed the saving throw. That creature can roll a d4 and add the number rolled to the save, potentially turning it into a success.

This is a new version of the Spiritual Weapon spell.

2nd-Level Evocation Spell (Divine)
Casting Time: Bonus Action
Range: 60 feet
Components: V, S
Duration: Concentration, up to 1 minute
You create a floating, spectral force that resembles a weapon of your choice and that lasts for the duration. The force appears within range in a space of your choice, and you can immediately make one melee spell attack against a creature within 5 feet of the force. On a hit, the target takes force damage equal to 1d8 + your spellcasting ability modifier.
As a bonus action on your later turns, you can move the force up to 20 feet and repeat the
attack against a creature within 5 feet of it.
At Higher Levels. When you cast this spell using a spell slot of 3rd level or higher, the damage increases by 1d8 for every slot level above 2nd.

A creature with Truesight has enhanced vision within a specified range. Within that range, the creature’s vision pierces through the following: