One D&D Cleric and Revised Species: Cleric Class and Feats

Over the last few months, we’ve got our first look at the major changes intended for the next edition of Dungeons and Dragons and it has received various mixed opinions. One D&D plans to reshape 5th edition into the ultimate version of D&D which will supposedly be the final edition. Wizards of the Coast says it will be fully backward compatible with 5th edition, but with huge changes to the fundamentals of the game, it seems like that will be a pain in the ass. We’ve seen them change up where your ability scores come from, and how backgrounds work, and they’ve rewritten several feats and spells. Some of these changes are pretty good, but many of them are the exact opposite, terrible. Hopefully, this new document brings us more of those good changes.

For a while now, the term “race” has been a topic of heated debate among the TTRPG community. Not just D&D, but other gaming franchises have also looked at moving away from using the term due to many real-world social issues. The Unearthed Arcana playtest released December 1st, 2022 introduces WotC’s plan for addressing this issue moving forward. Let’s take a look at what they’ve got in store for us.

Though this new document introduces the use of species instead of races, this material in no way focuses on just that, which let’s be honest, is pretty disappointing. Instead, it focuses on three main points, the new way they intend to use species, the cleric class, and more rule changes. This review will be split up into three parts to make it more digestible, keep an eye out for the Species and Rules Glossary reviews after this one! They also introduce some new Epic Boons, but there are only a few of them, so I’ll be rolling those into this article. In each review, I will dive into the new content to discuss everything different from the 5th edition rules set as well as any changes they may have made since previous One D&D releases. 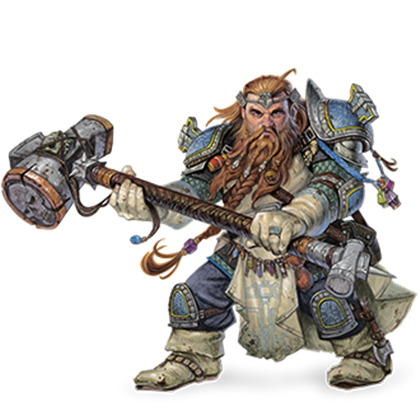 Clerics are still divine spellcasters that draw upon their powers from a deity or pantheon, but this class is facing some major changes in these new rules. I won’t be going over all of the minute details as a lot of stuff is still the same, but here I’ll focus on everything that has changed from its original form.

This section is the one that details your hit points, proficiencies, armor training, and equipment. When compared to the Cleric class in the Player’s Handbook, this version’s hit dice, hit points, as well as saving throw, tool and weapon proficiencies, and multiclassing requirements are all the same. Below are the details of this section that have changed.

As a 1st-level character, you start with the following equipment, or you can forgo it and spend 110 GP on equipment of your choice.

We see a major change to the Cleric class right from the start as they no longer get to choose their subclass at 1st Level. This also means that clerics don’t get their Domain Spells feature until then.

You gain the ability to channel divine energy directly from the Outer Planes, using that energy to fuel magical effects. You start with two such effects: Divine Spark and Turn Undead, each of which is described below. Each time you use your Channel Divinity, you choose which effect to create, and you gain additional effect options at higher levels in this Class.
You can use your Channel Divinity a number of times equal to your proficiency bonus, and you regain all expended uses when you finish a long rest.
Some Channel Divinity effects require saving throws. When you use such an effect from this class, the DC equals the spell save DC from this class’s Spellcasting feature.

Turn Undead. As a Magic Action, you present your holy symbol and speak a prayer censuring undead creatures. Each undead within 30 feet of you must make a Wisdom saving throw. If the creature fails its saving throw, it is Dazed for 1 minute or until it takes any damage or you are Incapacitated or die. While Dazed in this way, the only action the creature can take is the dash action, and if it moves, it must end that move farther from you than where it started.

Wisdom is still the spellcasting ability for clerics and they still use a holy symbol as a spellcasting focus. Below are the rest of the spellcasting details in full as they are making pretty big changes to how spells are prepared and how many spell slots you get.

Protector. Trained for battle, you gain martial weapon proficiency and heavy armor training.
Scholar. Studying and teaching about the lore of the gods and the multiverse, you gain proficiency in two of the following skills of your choice: Arcana, History, Nature, Persuasion, and Religion. Whenever you make an ability check using either skill, you gain a bonus to the check equal to your Wisdom modifier.
Thaumaturge. Delving deeper into your divine magical abilities, you can prepare one extra 0-level spell from the Divine spell list. See your Spellcasting feature for more information on preparing spells. In addition, you regain one expended use of your Channel Divinity whenever you finish a short rest.

Clerics now choose their subclass at 3rd level instead of 1st level. With what we saw from the Expert Classes UA, this pretty much confirms that WotC plans on restructuring all classes so that each of them gains their subclass at the same time.

You can cause your Turn Undead feature to smite the undying; whenever you use Turn
Undead, you can roll a number of d8s equal to your proficiency bonus and add the rolls together. Each undead that fails its saving throw against that use of Turn Undead takes radiant damage equal to the roll’s total.

You get a feature from your subclass just as you normally would at this level which you will see later in the Subclass section is the cleric’s third and Channel Divinity option.

Divine power infuses you in battle. When a creature takes damage from one of your 0-level spells or your attacks with weapons, you can also deal 1d8 radiant damage to that creature. Once you deal this damage, you can’t use this feature again until the start of your next turn.

Your sacred duties have expanded, allowing you to choose a second option from the Holy Order feature.

Instead of gaining the cleric’s third subclass feature at 8th level, they now gain it at 10th level.

You can call on your deity or pantheon to intervene on your behalf when your need is
great.
As an action, describe the assistance you seek, and roll percentile dice. If you roll a number
equal to or lower than your Cleric level, the divine power intervenes. The DM chooses the
nature of the intervention; the effect of any Divine spell is appropriate.
If the intervention occurs, you can’t use this feature again for 2d6 days. Otherwise, you can use it again after you finish a long rest.

Instead of gaining their fourth and final subclass feature at 17th level clerics now gain it at 14th level.

When you use your Divine Intervention feature, it succeeds automatically—no roll require—and you can use it again after 2d4 days.

Classes no longer have unique 20th-level features and instead allow characters to choose an Epic Boon when they reach this level.

This version of the Life Domain subclass removes the Divine Strike feature because all clerics are now granted the Blessed Strikes feature at 7th level.

Your connection to this divine domain ensures you always have certain spells ready. When you reach a cleric level specified in the Life Domain spells table, you thereafter always have the listed spells prepared. These spells don’t count against the number of spells you can prepare, and they follow the rules of this class’s Spellcasting feature.

You can use your Channel Divinity to heal a group of the critically injured. As an action, you
expend one use of your Channel Divinity and present your holy symbol, restoring a number of hit points equal to 5 times your Cleric level. Choose any creatures within 30 feet of yourself (you can choose yourself), and divide those hit points among the chosen creatures. This feature can bring a creature’s current hit points to no more than half its hit point maximum.

The healing spells you cast on others heal you as well. When you cast a spell with a spell slot on another creature that restores hit points to it, you regain hit points equal to 2 plus the spell’s level on the turn you cast the Spell.

When another creature that you can see within 60 feet of you makes a d20 Test, you can roll a d10 and apply the number rolled as a bonus or a penalty to the d20 roll. Once you use this benefit, you can’t use it again until you roll initiative or finish a short rest or a long rest.

You can cast any spell you have prepared without expending a spell slot, provided the spell is 5th level or lower. Once you do so, you can’t use this benefit again until you finish a long
rest.

You have Truesight out to a range of 60 feet.