For a while now, the term “race” has been a topic of heated debate among the TTRPG community. Not just D&D, but other gaming franchises have also looked at moving away from using the term due to many real-world social issues. The Unearthed Arcana playtest released December 1st, 2022 introduces WotC’s plan for addressing this issue moving forward. Their new solution for this is using the term ‘species’ instead of race. I for one wholeheartedly agree that this is a much more proper term that fits the bill well. Let’s hope we can feel the same way about the few species they’ve given to us.

This review focuses on the Species section of the new playtest document. For my reviews of the rest of this release, check out One D&D Cleric and Revised Species: Cleric Class and Feats, and stay tuned for the upcoming review on the rules changes. In this new UA, they introduce the first three playable species using the One D&D format, the Ardling, Dragonborn, and Goliath. Here we’ll go over all of the changes that have been made to the Ardling and Dragonborn since they were introduced in the Character Origins Unearthed Arcana as well as all of the changes that have been made to the Goliath from its 5th edition version. To read about the original Ardling and the initial changes that were made to Dragonborn, you can check out One D&D: The Next Phase of Dungeons & Dragons.

Each of the three species presented here follows the new format of traits that an adventurer will have using the One D&D rules. Changing the term from race to species has no real effect on how they function, but these species do introduce changes that have been made since the Character Origins playtest. As we had seen in that playtest, there are no subspecies featured here as either, but instead, each species has a trait that allows you to make choices between different abilities for a subspecies kind of feel. 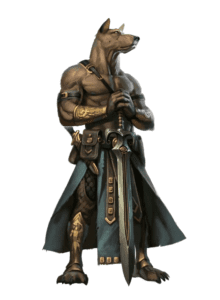 As an Ardling adventurer, you have the following special traits.

Climber (Bear, Cat, Lizard, Squirrel). You have hooked claws, sharp nails, or a serpentine tail. As a result, you have a climb speed equal to your speed, and once per turn when you deal damage with your unarmed strike to a target, you can increase the damage to that target by an amount equal to your proficiency bonus.
Flyer (Bat, Eagle, Owl, Raven). You have vestigial wings. As a result, when you fall at least 10 feet, you can use your reaction to safely glide downward, taking no damage from
the fall. In addition, when you take the Jump action, you can flap your wings to gain advantage on that action’s ability check.
Racer (Deer, Dog, Horse, Triceratops). When you take the Dash action, your speed increases for that action. The increase equals ten times your proficiency bonus.
Swimmer (Crocodile, Dolphin, Frog, Shark). You can hold your breath for up to an hour at a time and have a swim speed equal to your speed. In addition, you have resistance to cold damage.

Divine Magic. You can innately channel minor divine magic; you know the Thaumaturgy spell. Whenever you finish a long rest, you can replace that spell with a different 0-level spell from the Divine Spell list.
Intelligence, Wisdom, or Charisma is your spellcasting ability for any spell you cast with
this trait (choose the ability when you select the species).

Keen Senses. You have proficiency in the Perception Skill. 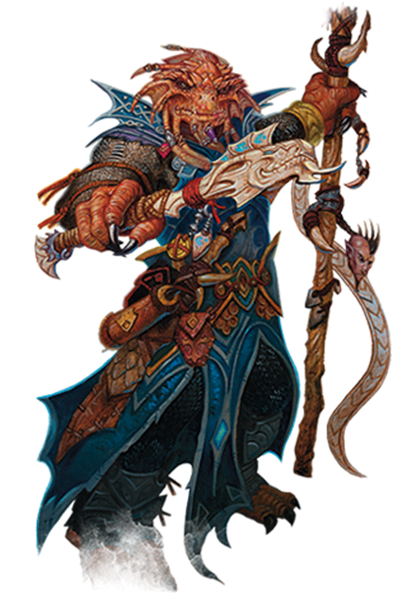 As a Dragonborn adventurer, you have the following special traits.

Draconic Ancestry. Your lineage stems from a dragon progenitor. Choose the kind of dragon from the Draconic Ancestor table. Your choice affects your Breath Weapon and Damage Resistance traits, as well as the look of your Draconic Flight. The chosen dragon also affects your appearance, with you displaying coloration and other features reminiscent of that dragon.

Breath Weapon. When you take the Attack action on your turn, you can replace one of your attacks with an exhalation of magical energy in either a 15-foot cone or a 30-foot line that is 5 feet wide. Each creature in that area must make a Dexterity saving throw against a DC equal to 8 + your Constitution modifier + your proficiency bonus. On a failed save, a creature takes 1d10 damage of the type determined by your Draconic Ancestry trait. On a successful save, a creature takes half as much damage. This damage increases by 1d10 when you reach the following character levels: 5th level (2d10), 11th level (3d10), and 17th level (4d10).
You can use this Breath Weapon a number of times equal to your proficiency bonus, and you regain all expended uses when you finish a long rest.

Damage Resistance. You have resistance to the damage type determined by your Draconic
Ancestry trait.

Darkvision. You have darkvision with a range of 60 feet.

Draconic Flight. When you reach 5th level, you learn how to channel the magical energy of
your Draconic Ancestry to give yourself temporary flight. As a bonus action, you sprout
spectral wings on your back that last for 10 minutes or until you are Incapacitated or you retract the wings as a bonus action. During that time, you have a fly speed equal to your speed. Your wings appear to be made of the energy used by your Breath Weapon. Once you use this trait, you can’t use it again until you finish a long rest.

As a Goliath adventurer, you have the following special traits.

Giant Ancestry. You are descended from giants. Choose one of the following benefits
—a supernatural boon from your ancestry; you can use the chosen benefit a number of times equal to your proficiency bonus, and you regain all expended uses when you finish a long rest:

Large Form. Starting at 5th level, you gain the ability to supernaturally grow. As a bonus
action, you change your Size to Large, provided you’re in a big enough space. This transformation lasts for 10 minutes or until you end it as a bonus action. During that duration, you have advantage on Strength checks, and your speed increases by 10 feet. Once you use this trait, you can’t use it again until you finish a long rest.

Powerful Build. You have advantage on any saving throw you make to end the Grappled condition on yourself. You also count as one size larger when determining your carrying capacity and the weight you can push, drag, or lift.

Action Surge: Help Action, What It Is & How To Use It.