7 of the Most Expensive Dice Sets

Since the creation of Dungeons & Dragons the game has centered around one key component, the only true thing that you need to play the game, the dice. In the beginning dice were just the colored math rocks you used to decide your characters fate. They were simple and not much more thought went into them than roll them and play the game. Now you can get dice in a stunning array of materials, colors, shapes, and sizes, which many ttrpg fans now collect and even use to accessorize like they were the latest fashion trend. Extravagant sets of dice made from rare and exotic materials are highly sought by modern day dice collectors and with dice artists getting quite creative with the materials they use, some can come with a very steep price tag. Here are some of the most expensive dice to ever be sold. 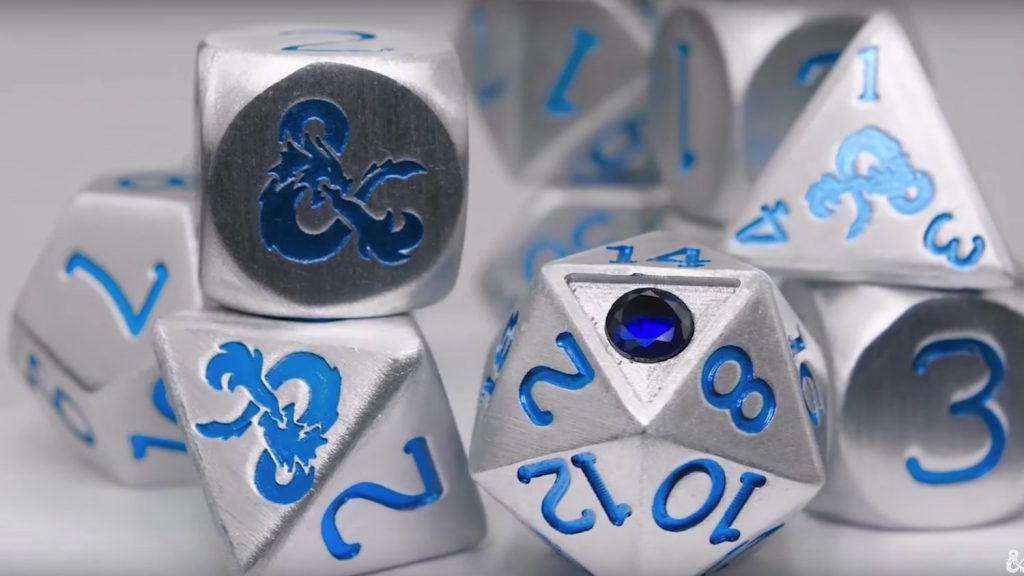 The first set on our list is a some-what recent release from Wizards of the Coast. This past December they released this very special set of dice with help from Level Up Dice to commemorate two special occasions, the 5th year of D&D 5e and the 45th anniversary of Dungeons and Dragons. This collectable set didn’t last long once available and is made of luxury aluminum. It is a full set with some extras coming with two d20’s, one d12, two d10’s, one d8, four d6’s, and one d4. The star of this set though is the anniversary d20. One of the included d20’s has a sapphire set into it where the 20 should be. This set comes in a custom dice box with a dice tray and a card confirming the set’s authenticity. This is a beautiful set for anyone dipping their toes into the collective dice game but due to their limited numbers are no longer available. You can, however, read more about them here. 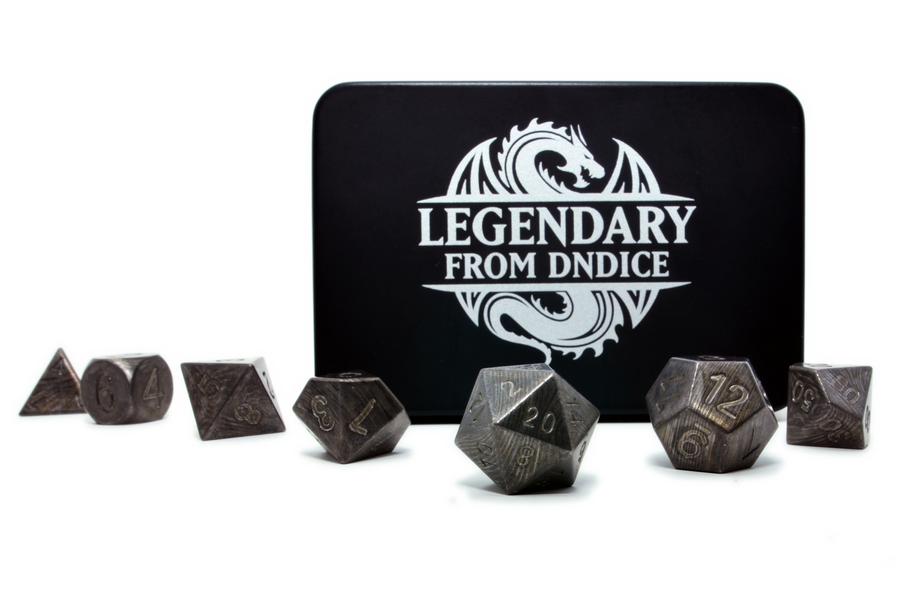 Here we have the UK based company DnDice. Their website sells a number of different sets of dice made from different materials from your basic acrylics to dice cast in zinc and various other metals. They also sell a large naming of gaming accessories like dice trays and bags and even D&D spellbook cards. The reason they are on this list though, is for the Grand Elder Dragon series from their Legendary RPG dice sets. This series has 6 different sets of dice starting around $118 (94.95 pounds) but the true stars of the series come in at just under $500 (394.95 pounds). The three sets are made from heat-treated Titanium, solid Tungsten, and solid Damascus Steel. Each of the 6 sets comes in a collective storage tin as well as a complimentary DnDice tray to protect your table from your new beauties and free shipping in the UK. You can find them at dndice.co.uk. 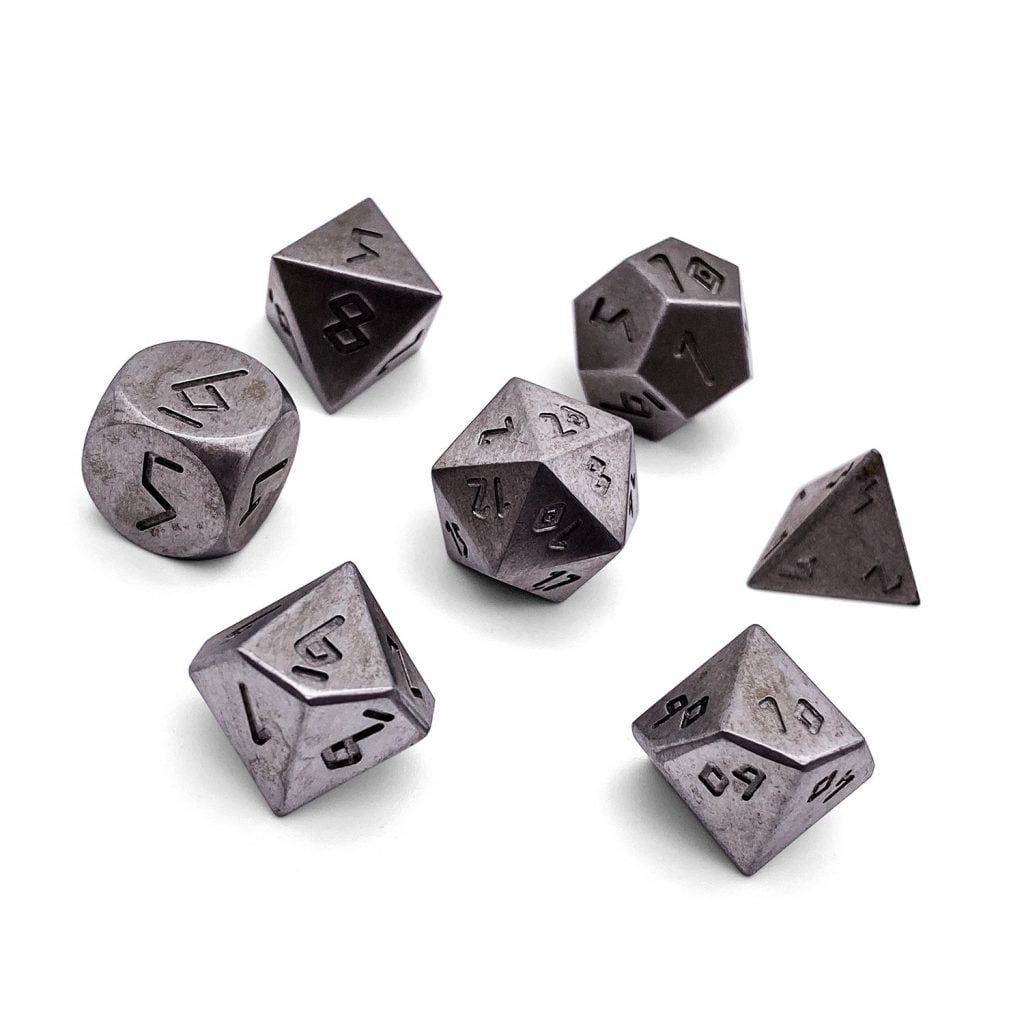 Norse Foundry has been a leader in the premium dice game for the last few years with a wide range of great products for player’s of every budget. Their dice range over a number of materials from plastics to gemstones, bone, and wood, but their specialty is their metal dice. Enter the 16MM Tungsten dice set. A rare metal, and a difficult one to work with at that, make this one of Norse Foundry’s special order sets with a price tag of $500. It is made with 95% Tungsten and 5% alloy unless you order them otherwise. Each of the dice are cast at 16MM and come without a number fill for that raw steel look. The dice look nice and clean and together weigh over 1 lb. You can check them out at norsefoundry.com. 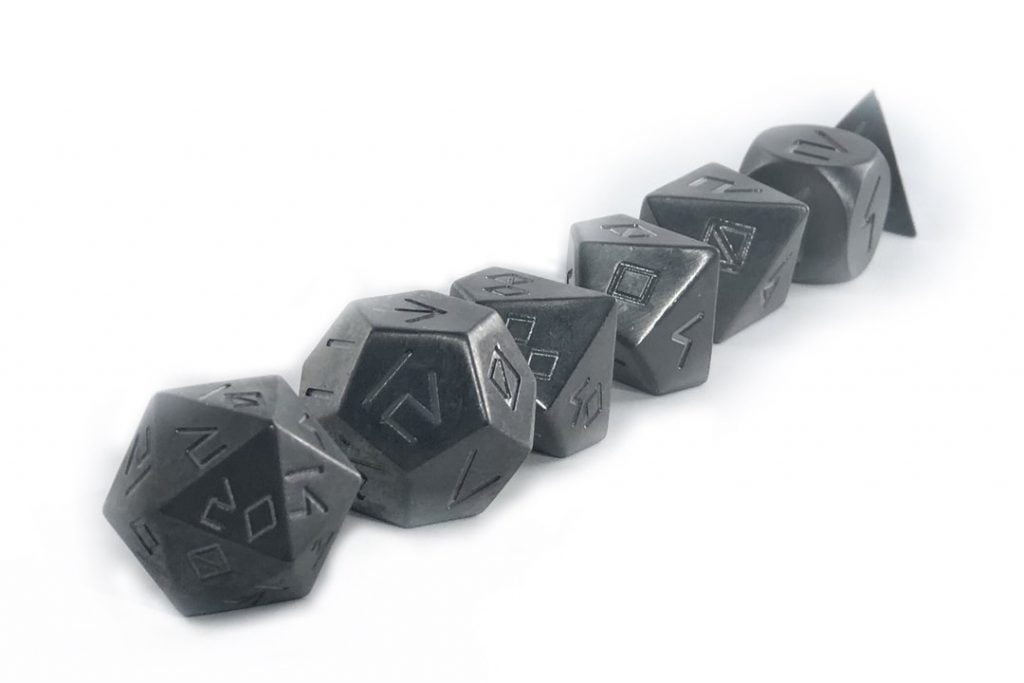 Another main staple in the premium dice market is Level Up dice with their second appearance on this list. Just like Norse Foundry, Level Up Dice has been a big hitter in the rpg dice scene for the last few years and boasts a number of great products. Not only do they make and sell your usual polyhedral sets but they also sell sets specifically for games like Vampire the Masquerade and Legend of the Five Rings as well as accessories ranging from Wyrmwood Dice Vaults to art pieces, dice displays, and chainmail dice bags all handcrafted from international artists. The heavy hitter in the Level Up Dice line, though, is also the heaviest dice they offer, the Heavy Metal Tungsten Polyhedral set at $634. These dice are CNC machined and then etched with short run engraving with special fonts to keep the dice limited run. Dubbed the “Table Destroyer”, this set comes with a warning to always use a rolling tray. You can roll them up at levelupdice.net.

Definitely not an expected addition to the list but microfabrication technology leaders Iriso Seimitsu make the list with their contribution of the world’s smallest dice. In 2004 they were able to use their state of the art micromachine technology to produce a d6 smaller than a pencil lead. The sides of the dice measure 0.3mm each and each die is made with 0.00016 grams of brass. Even with the best in microfabrication at the time, each die still took over 9 hours to produce and made up for their lack of size with a hefty price coming in at around $880 (100,275 yen) each. I have found that since then they have broken their record by producing an even smaller d6 which measures only 0.1mm each side. However, I was not able to find any information on a price for such dice. To learn more about the ground breaking technology they are working on go to iriso-seimitsu.co.jp. 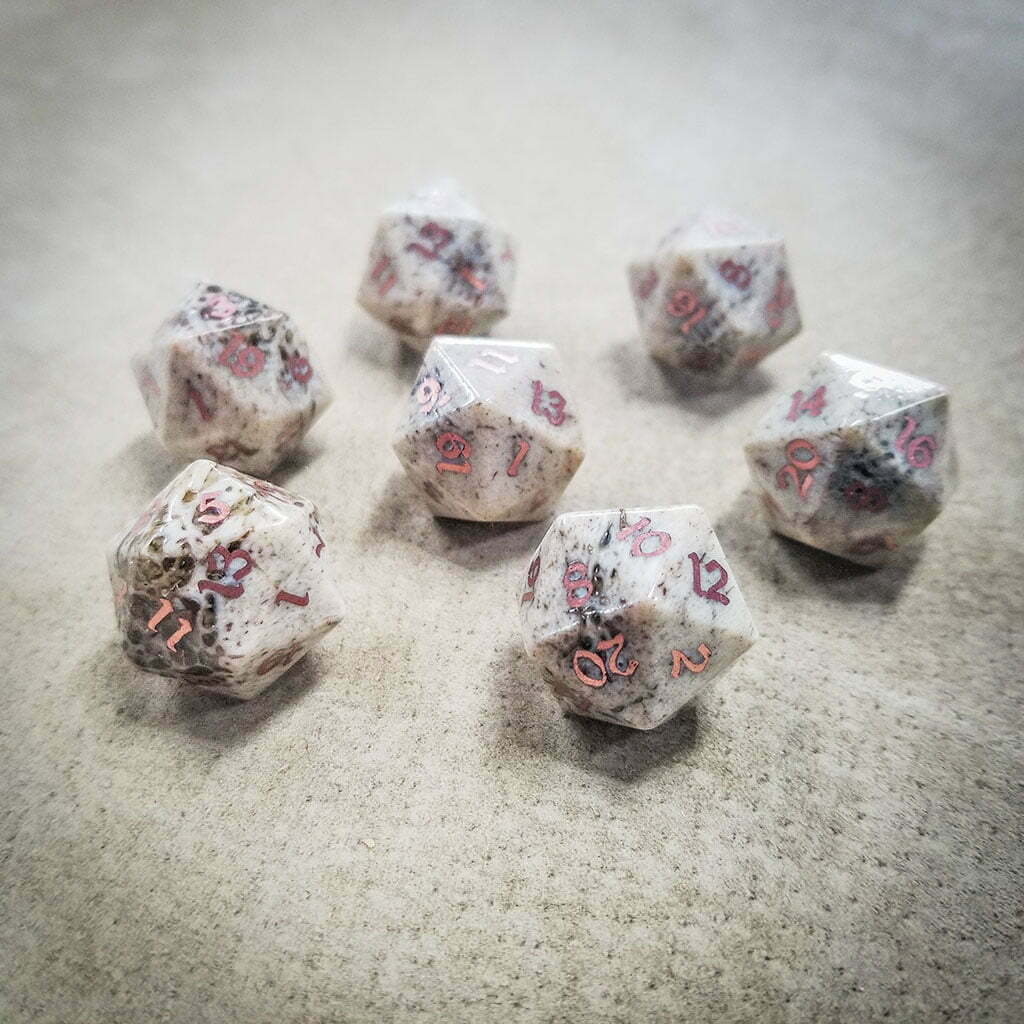 Artisan Dice is highly known for the exquisite craftsmanship and rare materials that have made them their name and allotted some of the most expensive dice I have come across. They specialize in using rare and unusual materials that most wouldn’t think to use in dice production. Things like gator jawbone, mammoth ivory, and even moose poop. That’s right, they even make dice from polished moose turds. But they have one set made from a material that sticks out from the rest, the Oosik dice. Oosik, also known as walrus baculum. What is baculum? Baculum is the penis bone found in many mammals that aren’t human. Yup, dick bone dice. The bones were gathered from an abandoned Inuit village and a full set of seven dice will cost you $2,870. You can visit Artisan Dice and see samples of all of their exotic materials at artisandice.com. 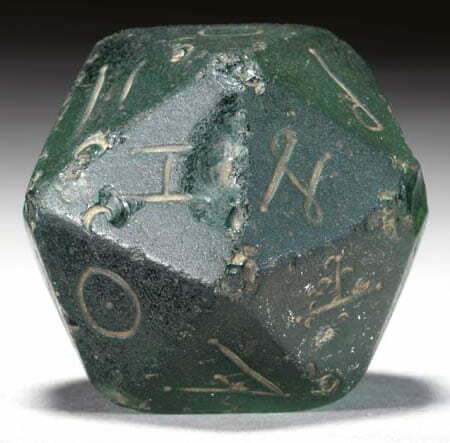 The most expensive die ever sold was a single d20 said to have been made sometime during the 2nd century. It was a deep blue-green in color and had individual symbols carved on each of its faces. The die was owned by a fine arts professor in Maryland before it was sold at an auction for $17,925. The professor said it had belonged to his father who acquired it in Egypt back in the 1920’s. There have been other polyhedrals made from other materials with similar markings that can all be linked back to the same Roman period. I wonder what games people were playing with these dice back then?

Professional Dungeon Masters: Should You Hire One?

Dix Chats With Crumbling Keep About The College Of Mockery