This weekend San Diego Comic-Con took place, and with it came an absolute shit-ton of announcements, first looks, and sneak peeks of many projects spanning a multitude of fandoms. One of those big reveals was that of the official trailer for Dungeons & Dragons: Honor Among Thieves, the new full-length movie from Paramount. It gives us our first look into the plot, the party of characters, and of course some classic D&D monsters. But, will this end up just being another flop leaving fans disappointed by bad acting and special effects like the other D&D movies from the early 2000s? Let’s look at it a bit more and break down what we have seen so far. 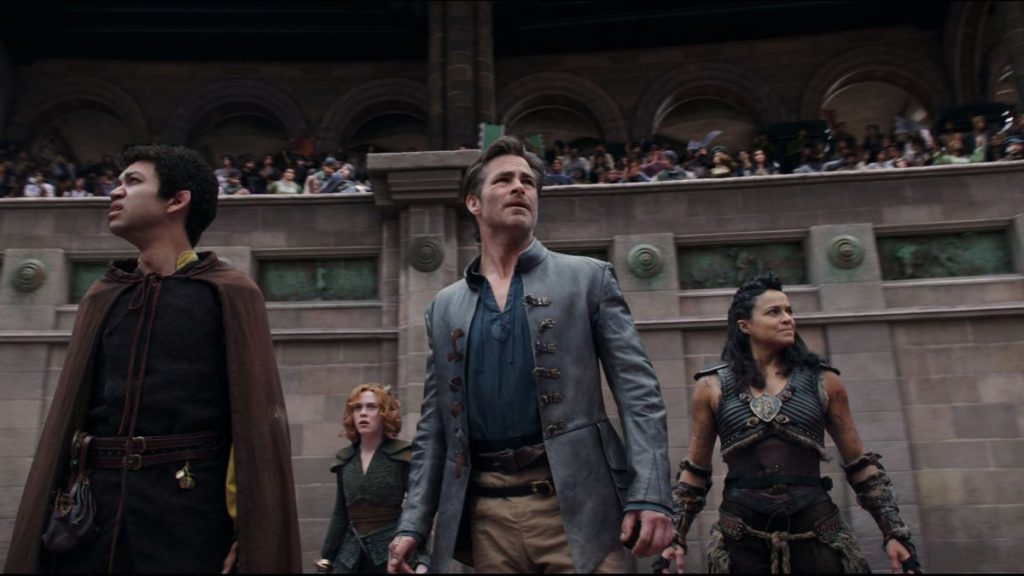 There is no denying that they pulled out all the stops and packed this movie with a star-studded cast. Big Hollywood names like Chris Pine, Michelle Rodriguez, Regé-Jean Page, Justice Smith, and Sophia Lillis make up the party of protagonists while Hugh Grant plays the villainous rogue whose evil plans they must thwart. There is no shortage of talent among this cast and the trailer shows good chemistry between the characters and maintains the feel of a D&D group sitting around a table with a little bit of bickering and poking fun at each other. Among other names confirmed to be involved in the film are Chloe Coleman, Jason Wong, and Daisy Head. Though it wasn’t stated which of them will be involved, it was revealed at a panel at SDCC that some of the cast from the popular series Critical Role will also be making cameos in the film. 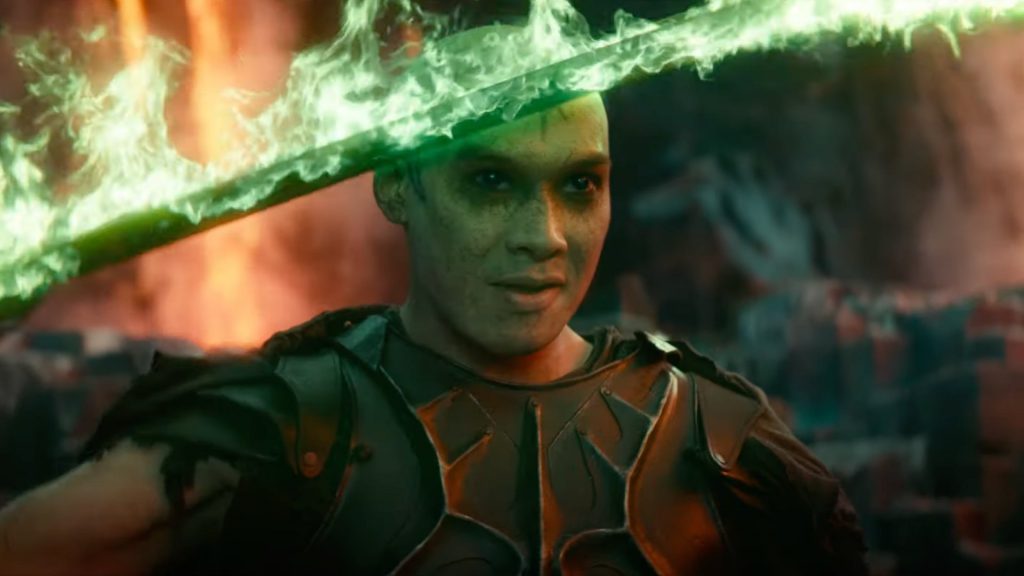 The Honor Among Thieves trailer gives a look at this world filled with monsters, and because of the fantastical nature of the film, there will be a ton of CGI in it. We get a good look at some of the classic D&D monsters that make an appearance in the trailer including the mimic, displacer beast, gelatinous cube, and my favorite of the chromatic dragons, the black dragon. All of these classic monsters are presented well, and honestly, the CGI is really good. We don’t get to see a lot of it, but the spell effects that we do get to see are done well and don’t seem too over the top or cheesy. Also, the brief scene we get to see with Doric, the tiefling druid played by Sophia Lillis, transforming into an owlbear looks great and was one of the more exciting scenes to me. Having a druid in the film should present some cool opportunities for special effects and I hope we get to see more of her wild shapes. The one gripe I do have about the special effects is the red dragon we get to see towards the end of the trailer. Why is it so chonky?! Red dragons have always been a staple in the D&D franchise so I wasn’t surprised seeing that one would be in the movie, but it’s kind of goofy looking with how fat they made it look. It’s also hard to tell if it is an actual red dragon or not due to the lighting but I feel like the fiery breath weapon means it couldn’t be anything else.

This trailer makes it very clear that the people involved in making this film are actual fans of D&D, or if they aren’t, they properly did their research. In addition to the classic monsters that take the spotlight in the trailer, we also get a glimpse into more than just badass beasties. We know that at least one Red Wizard of Thay is involved in this flick. We get a clear shot of a Red Wizard holding the artifact that the party supposedly stole while commanding a horde of undead creatures and with the darkness of the scenery in that glimpse, the scene may take place in Thay itself. It is unclear if the adventurers willingly provided it to the Red Wizard or if that was a result of working for Forge Fitzwilliam, the rogue antagonist played by Hugh Grant. There isn’t much that is revealed about the plot so far so it’s hard to tell what other pieces of D&D lore the film will be pulling from but I am interested to see what they do with the Red Wizards and to see if they use any of the canon wizards like the lich Szass Tam or Rath Modar, the exiled wizard who once tried to summon the evil dragon goddess Tiamat. 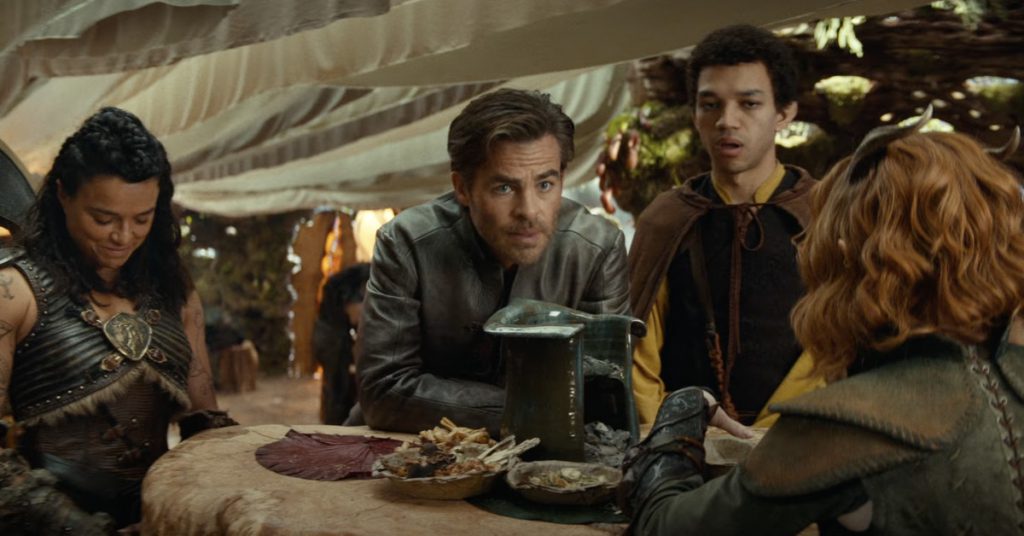 The trailer for this Dungeons & Dragons reboot is action-packed and does a great job of not revealing the entirety of the plot. It flows well and shows you just enough of the things a D&D fan wants to see and be excited about. It gives you beautiful scenery and breaks up the action with snappy banter and one-liners giving it a Guardians of the Galaxy feel, which to be honest, I hope is not setting the tone for the whole picture. The quick, snappy one-liners and classic rock ballad soundtrack already make it seem like a fantasy version of a lot of the recent Marvel flicks like Thor: Love and Thunder, which I’m hoping will not be the case as we get to see more of it. 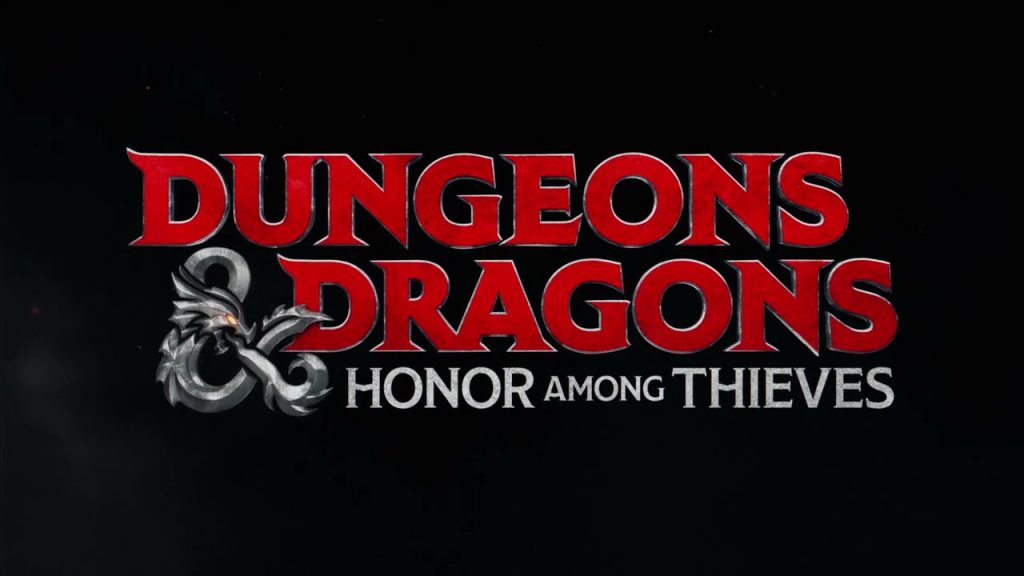 Menagerie of Magic by Adam O’Brien On Kickstarter

Episode 14 – How To Hoard Your Dragon