Player’s have this long and elaborate backstory. They have 20 some years of tragedy written out, just waiting for that moment their character can be vulnerable and explain what dire straights have forced them into this life of adventuring. Normal well adjusted people don’t want to go sleep on the ground in the cold woods to save the world from whatever abominable threat has reared it’s head this time. Hell, I get cranky if I just skip breakfast.

But what if that moment of vulnerability never comes? What if the heroes are so busy running around killing the baddies and solving the mysteries that they just don’t get that opportunity? Sometimes I want to know about a character’s first love, what their favorite smell is, what keeps them awake at night, and their best drinking stories. The players generally want to share that with you if you just give them an opportunity.

I developed this technique while recording season one of The Isles of Samsarras. It involves a bit of homework on the player’s part. The role-players of the group will love it, however. Next session, you plan on the party making camp. What better way to pass the time than telling stories?

It works like this: between sessions, give the player’s a prompt. It can be anything, really. The last thing that made them cry, what their toughest battle was, the worst bar fight they’ve ever seen, the most absurd fishing story, or who they lost and and how it affected them; any of these are excellent starting points. Think about your own life and how many stories you have. The PC’s would theoretically have just as many, right?

Next, put an XP reward on it appropriate to their level. Telling a story shouldn’t be enough to take them up a level, but it should be enough that it seems worth while. There is a table for 5E suggestions below. You could give the reward a range and base it on the quality of story the player makes. On one hand, this is going to encourage more effort. On the other, however, it might lead to hurt feelings if Sue gets more XP than Joe. Tread lightly there.

The table tends to emphasize quicker advancement at earlier levels and it slows down as characters advance. Tweak as you will; you know better than I what will work for your group.

This still works great for other games too, you’ll just have to make it appropriate for it’s individual reward progression.

When it comes to game day, the quest will eventually come to a point where the heroes have a moment of respite. That might be drinking at the local tavern, riding their horses during peaceful travel, or sitting around a campfire. This is a perfect time to trade tales and add a little flavor to the game. Let them know the scene is starting. This can by an NPC telling the first tale, having someone ask a character a question based on the theme, or by straight up telling them it’s story time. They then get to go around the table and share the little tidbits they came up with. Everyone gets to know each other that much better. 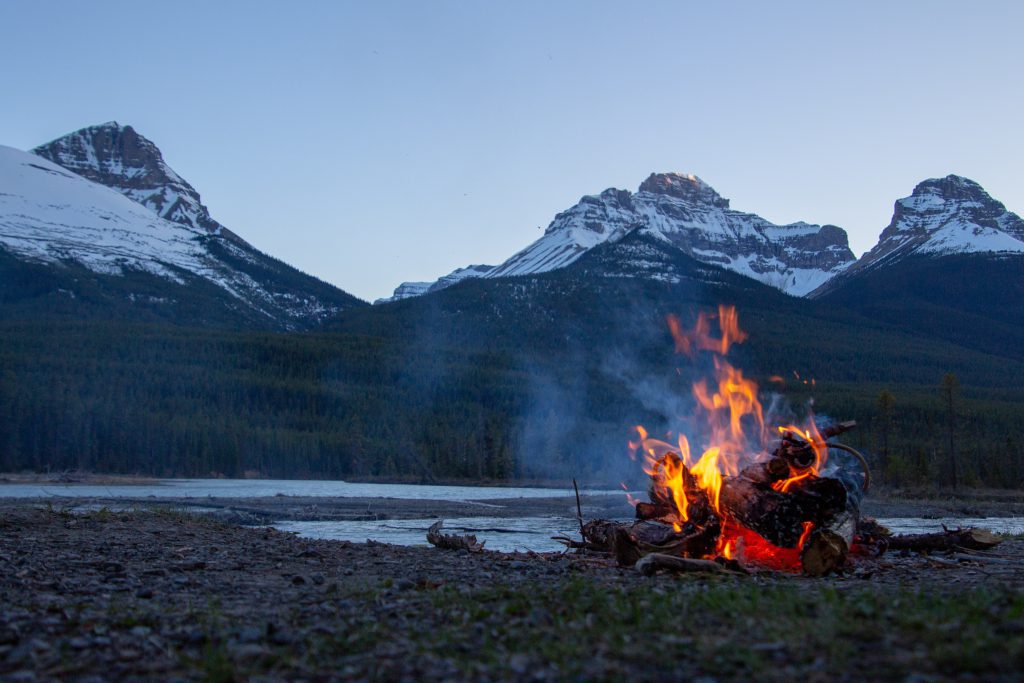 It’s best not to over use this. I’d do it once every few sessions at best, maybe twice a level. Keeping it sparse keeps it special and makes it more pertinent. Let’s not forget you probably want to keep most of the focus on the quest anyway, right? It’s also best not to railroad it. If they don’t make it to the campsite this session, there is always the next game. Make it feel natural.

There you have it: Campfire XP. If you set it up, PC’s will love to spill their secrets. As a GM, you get to take a little break and listen to the story for a while. It doesn’t get much more rewarding than that.

James Crane
He can still remember his first dungeon, even if he doesn’t exactly remember how old he was. There was so much wonder when the party ran into a gelatinous cube. Being his first game, James didn’t know what it was or why there were a bunch of weapons floating in it. He’s still certain those swords inside were magic, but he didn’t risk the borrowed characters life to find out. D&D is largely responsible for his current love of writing and stories of all mediums. You can find him, as well as many adventures and encounters, over at CrumblingKeep.com.
Also be sure to check out their Facebook and Instagram!

Justin Dixonhttps://help-action.com/
Dix has been playing D&D for 5 years and has been a professional Dungeon master for more than a year. He is now a DM for the acclaimed pop-up tavern Orcs! Orcs! Orcs! and plays Amelia Whiteheart on The Swordcast Adventures. He is also the producer for the Help Action podcast and is a published author on Drive Thru RPG.

What the Hell are We About?