Games like Dungeons & Dragons and other roleplaying games are definitely known for epic fights against big, badass monsters meant to leave you on the edge of your seat. Games can certainly be run without it in a solely roleplay driven environment, but as it is combat is a part of the game and that’s just how it is. Any good DM will be able to run a smooth, engaging combat, even if that isn’t their favorite part of the game. In this series, Action Surge, we will break down the individual aspects of running a combat encounter, how they are intended to work with the official rules, and give you our opinions, tips, and tricks for running the best combat sequences possible. 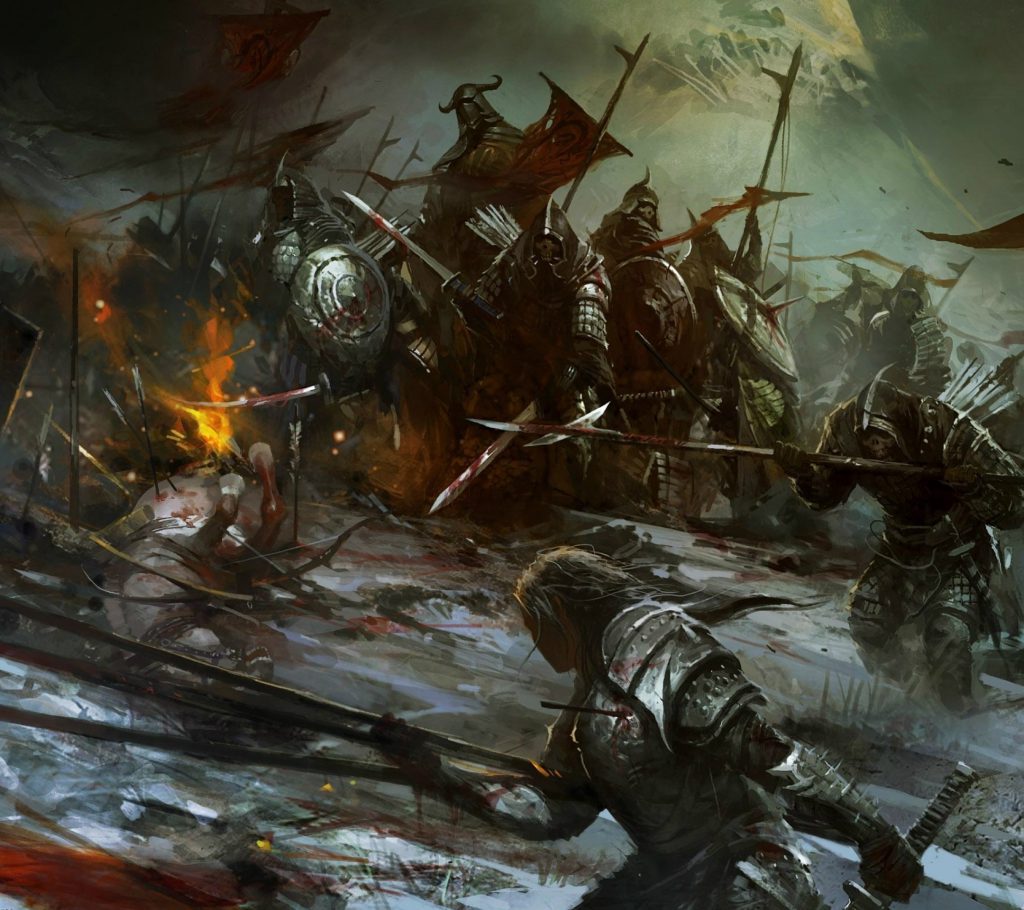 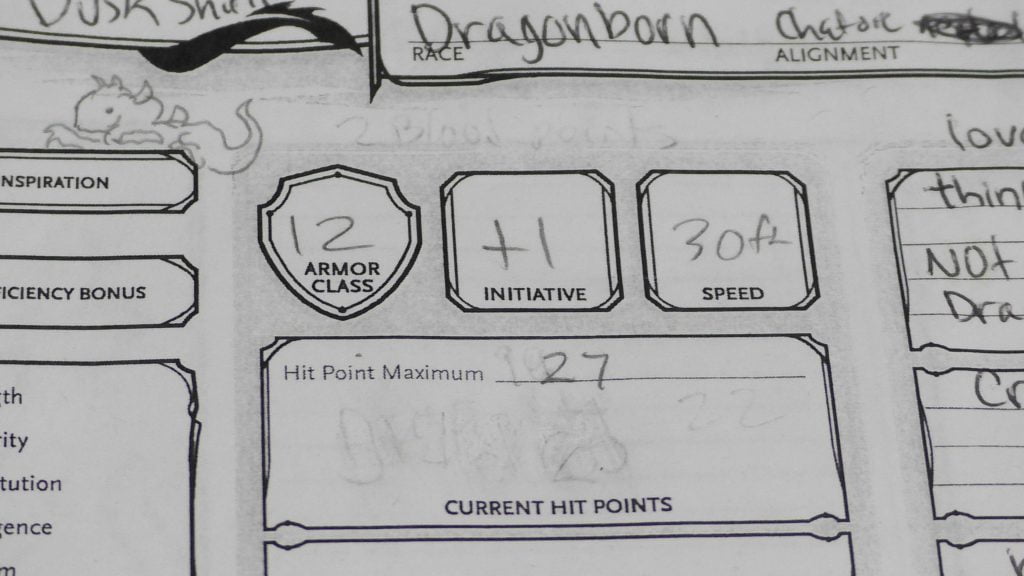 Roll For Enemies Too

Once the fight has begun, and you ask your players to roll for initiative, you will also need to roll initiative for the enemy creatures you are controlling. They work in the same way that player characters do. They have an initiative bonus but it will not be explicitly listed in the creature’s stat block. Same as with PC’s, their initiative bonus is equal to their Dexterity modifier. When you roll for an enemy creature’s initiative, you simply roll a d20, and add their Dexterity modifier that is listed in their stat block.

Setting Up The Order

Now that you know how to determine a player’s initiative bonus, an enemy’s initiative bonus, and you have had them all make their rolls, it is time to set up the order. This process is simple. Create a list of names for all involved in the combat from the one with the highest initiative roll, to the lowest initiative roll. This will give you the turn order that everyone will be acting in, both players and enemies. Everyone has a different way that they like to do this, so don’t be afraid to play around with a couple of different options and see what you like. Some DMs like the classic pen and paper list. I prefer to use a tablet. Use whatever makes you comfortable and allows you to maintain the flow of your game. Once the order is determined, each round of combat will continue in this order. As enemy creatures die or are removed from the combat, simply remove them from the turn order and continue down the list without them. 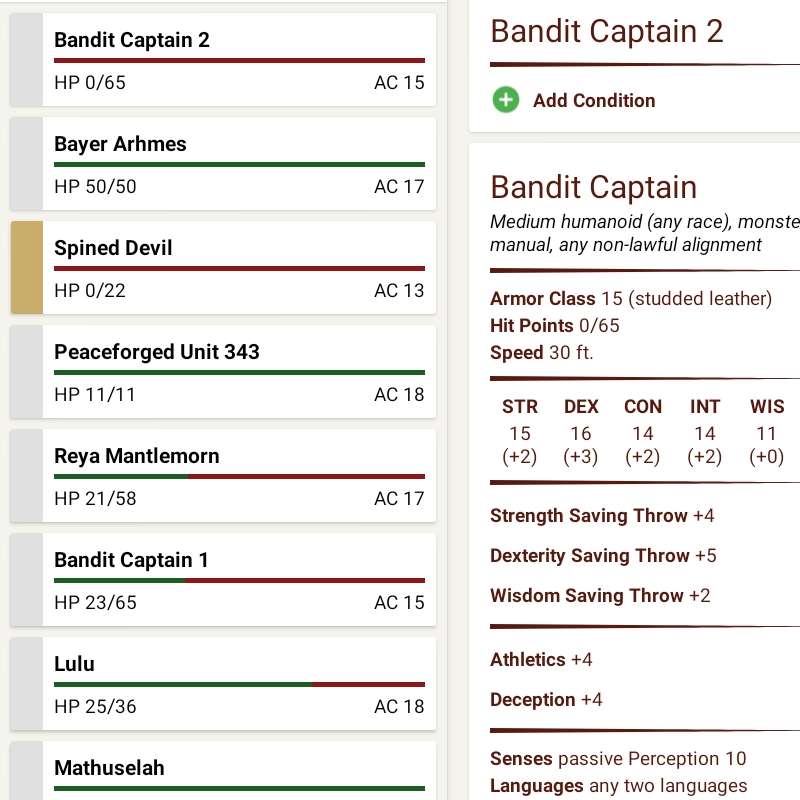 If you would like some of my opinions on things to help you feel more comfortable executing your initiative orders, I have more on that in my article ‘Clean Up Your Initiative’.

With everything having different bonuses and the randomness of dice rolls it is all too possible for ties to happen. Don’t sweat it. In the Player’s Handbook it says that the DM may determine the outcome of ties in DM-controlled creatures, and players may be left to determine the outcome of ties between the player characters. A common way to do this is by looking at who has the highest Dexterity modifier or Initiative bonus. You can also use whatever other fun way you can think of. Get creative with it!

It is not the norm, but, there may be sources that can influence initiative rolls outside of these normal conditions. There aren’t many, but you may run into subclasses that may be able to add an additional ability modifier to their initiative rolls, increasing their overall initiative bonus. There may also be times that you, as the DM, may see it fit to adjust the conditions of one’s initiative roll, like imposing disadvantage on an enemy creature that is prone when combat starts and initiative rolls are made. These instances are left to your discretion.

With this, you should now be able to determine a PC or an enemy creature’s initiative bonus, and set up your own initiative orders. I hope this cleared up any questions you may have had, but if it didn’t, leave a comment below and let us know! You can also check out my article, ‘Clean Up Your Initiative’, for tips on dealing with a bulky, cluttered turn order. Be sure to check back in after you’ve had a short rest for another round of Action Surge!

So, maps are one of my favorite things.  Not only for gaming, but when traveling, I’m all about the map.  Probably because before smartphones,...
Read more
Load more
Help Action